In recent years, as beer theory and fermentation technology have developed, the traditional top and bottom fermentation processes have been greatly improved and the production methods have changed considerably.

The production methods have also changed considerably. For example, vertical fermenters are now used to produce top-fermented beers such as wheat beers, and yeast is recovered from the bottom of the tank.

The emergence of these new technologies has not only ensured the quality of the beer, but has also significantly increased the efficiency of the beer production. 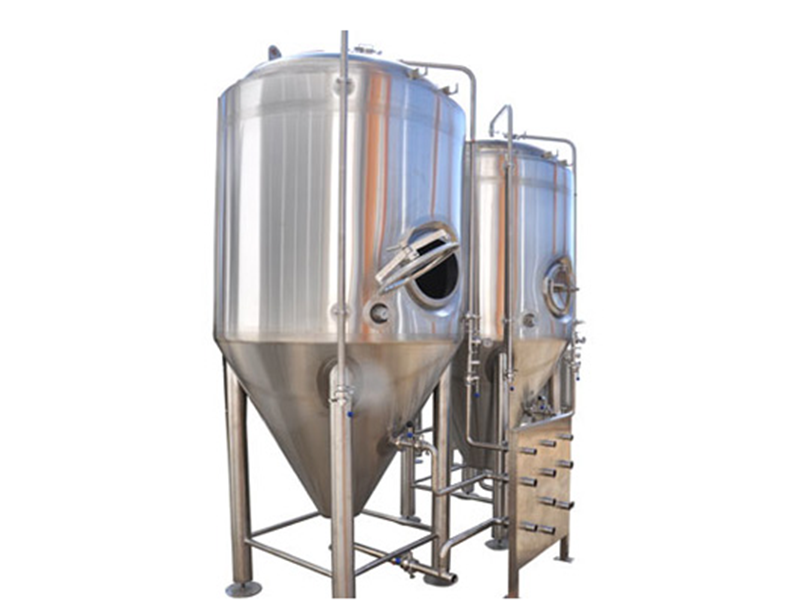 The traditional 12% wort fermentation process at low temperatures is briefly described as follows:

( 1 ) The wort is cooled to an inoculation temperature of around 6°C. After some of the wort has flowed into the yeast breeding pool, the required yeast is added, and the sod is about 05% of the volume of wort.

The sod is about 05% of the volume of wort. The yeast can also be added to the cold wort in the pipeline by means of a constant pump. With this method of yeast addition, the yeast and wort are well mixed and the wort starts to develop more quickly.

( 2 ) The aseptic air is dispersed finely through the special oxygenation device and mixed with the wort in the pipes so that the oxygen is evenly dispersed in the wort. Wort

Ventilation and wort cooling are carried out simultaneously. After inoculation, the dissolved oxygen content of the wort should be controlled at about 8mg/L.

( 4 ) When the yeast has been breeding for about 20 hours, a layer of white foam will form on the surface of the wort. This is the time to pour the pond, pumping the fermenting liquid from the breeding pond into the fermenter.

By decanting, the dead yeast cells, protein solids and hop resin that have settled at the bottom of the breeder are separated out.

( 5 ) After pouring the pool, all the dissolved oxygen in the wort has been consumed by the yeast, and the yeast starts anaerobic fermentation. Thereafter, the temperature of the fermentation broth and sugar reduction should be checked regularly.

Only (3-4) times six times ten litres of yeast cells are retained in the fermentation broth for post-fermentation and diacetyl reduction.

( 10 ) The precipitated mid-layer yeast is recovered, washed through a sieve and stored at a low temperature (around 2°C) for the next inoculation batch. The storage time should not exceed 2

The yeast should not be stored for more than 2 days to prevent the gradual depletion of liver sugar in the yeast cells, resulting in a decrease in yeast fertility and an increase in dead yeast cells.